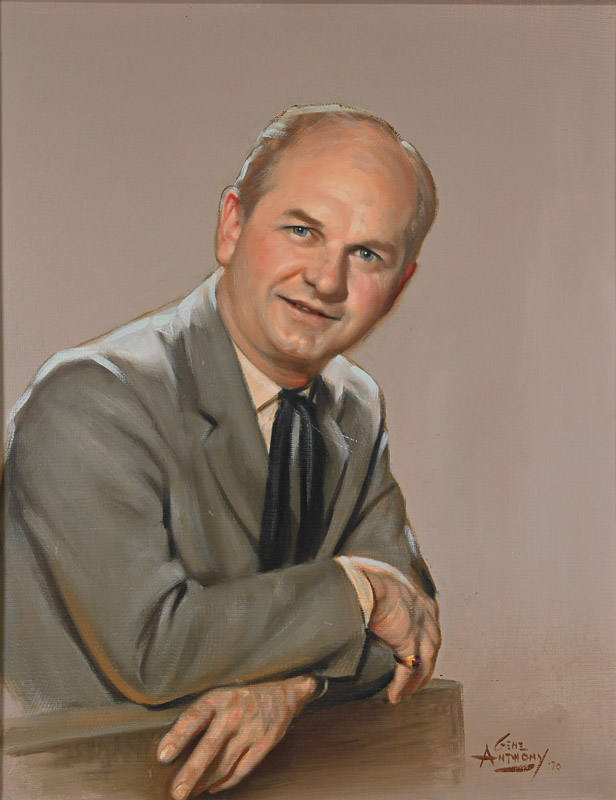 Arnie Kronenberger
After calling a square dance for more than 15,000 people in California in the early 1950s and touring Alberta Province of Canada from one end to the other, our Cover Caller must have felt that there was nothing “unusual” left in this world of square dancing. That was before the telephone rang and a voice informed him that it was the National Broadcasting Company. Could he, the voice asked, call a square dance for a coming television special? Arnie Kronenberger, who has recorded on a number of labels, including one of the few stereo square dances (for Warner Bros. Records) answered in the affirmative. After all, what could they dream up that he hadn’t run across sometime in the past? He got his answer soon enough when the network informed him his dancers would be four helicopters. Figuring he had gone too far now to drop out, he somehow managed to come up with a call that even the whirlybirds could follow.

Because of the pleasure he has given to so many dancers, not only in his home clubs in the Los Angeles area, but in virtually every state and Canadian province, and because of the encouragement he has given to so many young callers who have asked for advice or simply followed his philosophies, Arnie, during the past 22 years has added much color to the square dance scene. We pay tribute this month to Jan Kronenberger, our Cover Caller’s wife and to Arnie. The original Gene Anthony oil portrait appearing on this month’s cover will be added to the Sets in Order American Square Dance Society’s Hall of Fame.