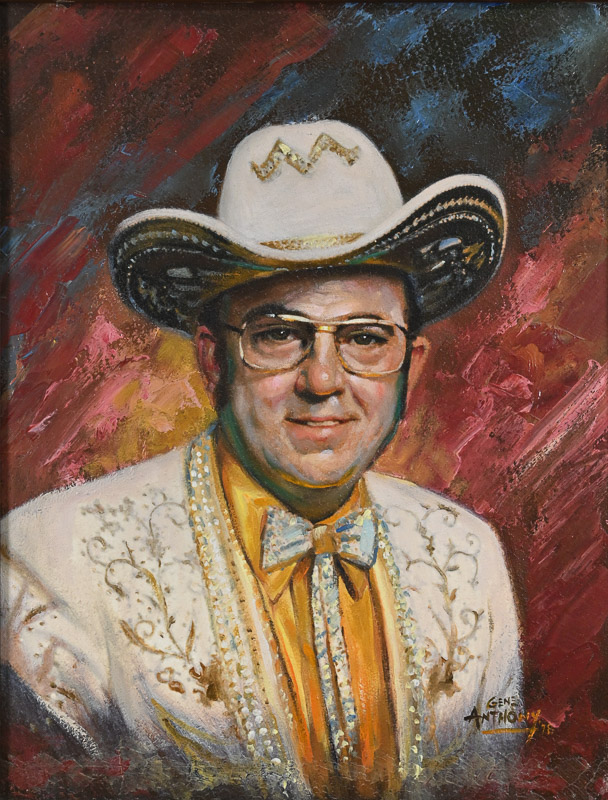 Cal’s list of accomplishments is long. His time in calling goes back thirty years and in that period he has, among other things, been a traveling caller (49 states, all of the Canadian provinces and eight countries overseas), been a recording caller (more than 100 records on four different labels), and has continuously conducted successful home club and class programs.

Cal’s press credits are most impressive and include calling for four kings (St. Moritz, Switzerland, 1968), numerous television appearances, stage work with such well-known personalities as Governor Wallace, Johnny Cash, Tex Ritter, and Pearl Bailey. At the request of the State Department, he represented the United States as the featured square dance caller at the World’s Fair in Brussels, Belgium, in 1958.

Despite all of the glamour, Cal’s greatest contributions have been supportive leadership roles in the broad field of American square dancing. In the realm of caller training, Cal has taken part in and conducted callers’ colleges since 1951. As a member of the Armed Forces for many years, he did much to promote and develop square dancing all across Europe. In 1955 he helped to organize the European Square Dance and Callers Association and in 1968 was president of the European Callers Association. For three years in a row Cal headed the staff for the European Square Dance College in Germany.

Cal was one of the 23 caller-leaders who helped to form Callerlab – The International Association of Square Dance Callers. He has been a member of its Board of Governors since its inception and has served on its Executive Committee. In view of all of this and much more, Cal has, indeed, earned his place in the Square Dance Hall of Fame. By honoring Cal in this way, we also salute his wife and partner, Sharon. Our congratulations to them both.