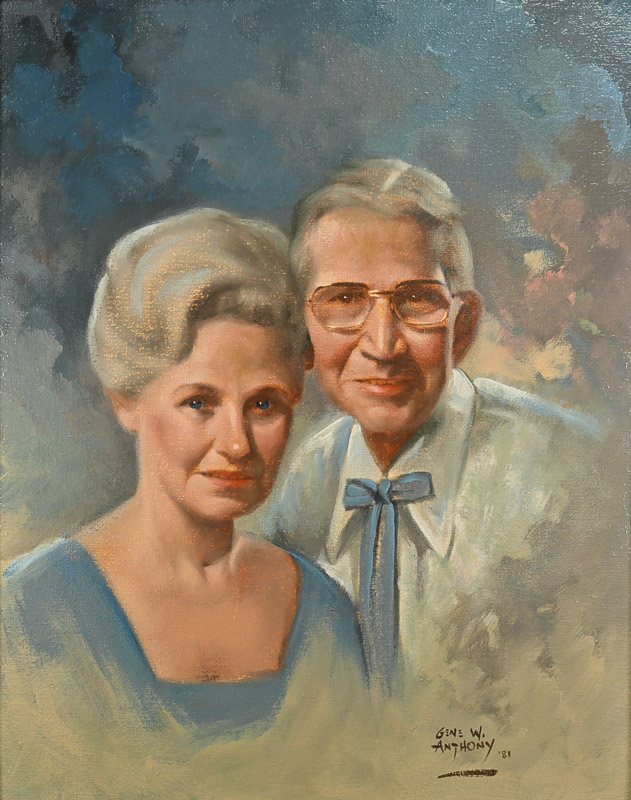 Carl and Varene Anderson
This month we take pride in saluting a pair of square dance pioneers through whose efforts the square dance world has been brought more closely together. In 1951, Carl and Varene Anderson had a dream, a concept for a giant event that would attract dancers from all parts of the country for three days of dancing and meetings – something more than just a festival but rather a showcase for square dancing. Carl and Varene, together with a handful of ardent supporters, set out to create the first, the original, National Square Dance Convention in Riverside, California.

The target date was May 30, 1952. There had been no precedent. Up until this time, different communities had their round-ups and festivals, but a convention? That was something entirely different. With only a few months to plan and with word-of-mouth providing a major part of the promotion, the Andersons and their team of workers developed a program which was to be the prototype for the 30 conventions that would follow. While the first convention may seem small by today’s standards, it was so successful that the idea of having a National was picked up by other communities and the yearly event grew, both in size and in effectiveness.

Over the years, the Andersons have played an important role in the growth of the National, serving continuously on its executive committees. In acknowledging the part the Andersons played with this event over the years, we also salute their “baby,” the annual, National Square Dance Convention.

It is with pride, therefore, that we include the Andersons as a part of the Square Dance Hall of Fame and add their portrait with those of others who have given so much of themselves, unselfishly, to the cause of American Square Dancing.