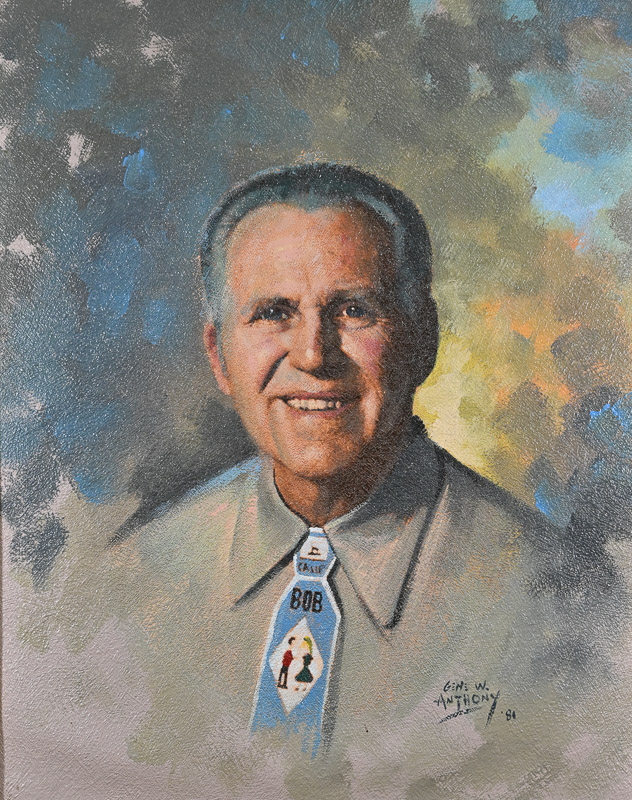 Bob Ruff
The decision of what direction to take in the American dance activity was made years ago by Bob Ruff and his family when he chose to devote his efforts to the training of school faculty members in methods of introducing square dancing to the youth of today. A long career as a public school teacher pointed out to Bob the need for this wholesome recreation to fit not only into the school curriculum but to become a part of the life of today’s young men and women. Starting while still active in the Los Angeles City School system, Bob introduced square dancing to his young students. Interest among other teachers led him to prepare some early teaching recordings and to develop systems for teachers to instruct with the aid of recorded calls and music. As time went on, his systems improved. New recorded material was prepared and Bob became involved not only in California but in Washington State, Nebraska and a number of other areas in conducting in-service courses for instructors.

Over a period of more than three decades, Bob has made it possible for tens of thousands of young men and women to learn to dance. In many out-of-the-way corners of the globe, small clusters of English speaking men, women, boys and girls have, through Bob’s effort, found an oasis in the sheer joy of square dancing together. Years as a club caller, as a staff member at vacation institutes, as a featured instructor/caller on instructional films, Bob personifies the true spirit of unselfishness. His exuberance for the activity has been contagious as testified by many hundreds of testimonials received from those who have learned to teach and call through his clinics and by way of his records. Because of his years of dedication to square dancing, his willingness to share his ideas and methods with others, we pay tribute to him as we add his portrait to the Square Dance Hall of Fame. And, because to Bob, square dancing always was and always will be a couple activity with sharing of responsibilities and efforts, we also salute his wife, Babs, along with Bob and, for the work they have accomplished together, we say thank you – well done!