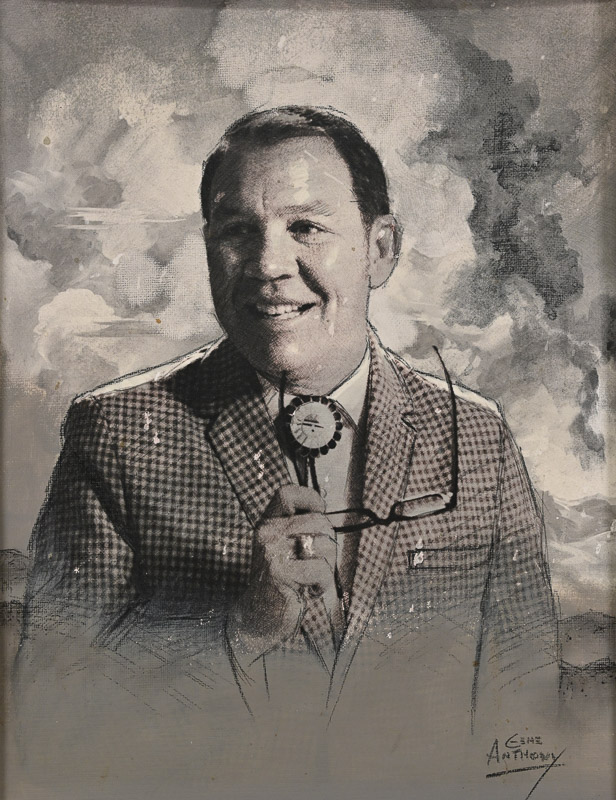 Johnny LeClair
It was 19 years ago this month when a young square dancer (dancing only since November of the previous year and sidelined temporarily as the result of an emergency operation) started his square dance calling, thus marking the beginning of a most unique and colorful square dance calling career. The LeClairs, Marge and Johnny, were married in 1946, shortly after Johnny was released from the Army Air Corps, having served as tail gunner in the European theatre of operations during World War II. The

LeClairs’ home at that time was a cattle ranch in Burris, Wyoming and Johnny spent much of his time on horseback tending the herd of Hereford cattle. Almost as soon as he started calling he found himself to be a traveling caller, for as he tells it, from Burris everything was traveling. “We even had to travel sixty miles for groceries.”

In his early years as a caller two incidents left a lasting impression on the LeClairs. First was an unforgettable exposure in 1951 to Dr. Lloyd Shaw and his philosophy of square dancing. The second was attendance at the Sets in Order Asilomar Vacation Institute in 1952. In 1957 the LeClairs left Burris and moved to Riverton, Wyoming where they reside today. In addition to calling in most of the United States and Canada, Johnny has called in Cuba, Mexico and in Europe. He’s recorded on Sets in Order and Windsor and continues to be one of the most popular callers in the activity today. It is with pleasure that we spotlight him as our cover caller this month.