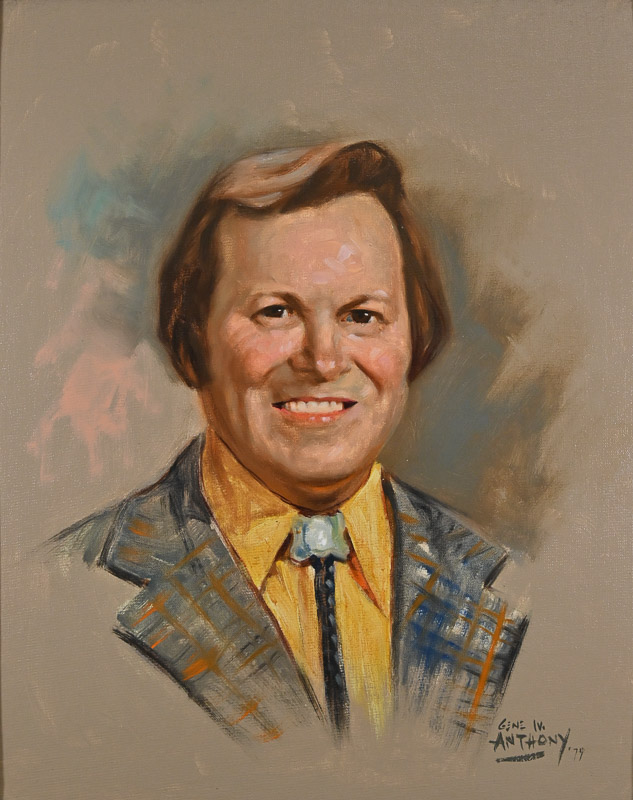 Jerry Helt
Jerry Helt of Cincinnati, Ohio, one of the first square dance callers to go into the activity on a full-time basis, has compiled an outstanding record of achievements in the world of square dancing. An extremely competent caller, able to handle the many stratas of square dancing required by the contemporary caller, Jerry has always been a strong advocate of the recreational values this activity affords. For more than thirty years he has conducted classes and maintained a strong home club program. His examples of leadership have done much to inspire other callers, both in his area and in surrounding areas. Jerry has put the stress on the pure enjoyment square dancing has to offer and he has proven his ability in taking a mixed floor of sometimes hundreds of squares of dancers, some veterans of 15 or 20 years or more of dancing along with those still in their beginning classes, and providing an equal opportunity for everyone to have a great time. This is the mark of a professional.

Jerry has done all of the usuals. He has written many singing calls, patter calls, contras and even dabbled in rounds. He has been travel calling for more than twenty-five years, covering many of the United States, the Canadian provinces and a number of countries overseas. He has recorded on several labels and has appeared on staff in many seminars and callers’ colleges. An intensely interested and involved individual, Jerry’s goals have been aimed at developing a permanent and lasting square dance activity, grounding the new dancers not only in the basics, but in the philosophy of the square dance movement.

Jerry has continued to support the development of leadership and has placed great importance on the home club program. For this and for the part he played in the development and advancement of Callerlab – The International Association of Square Dance Callers, having served several terms on its Board of Governors, and for his support over the years in local, state and national square dance conventions, he has been marked as an all-around leader and as a wholly qualified member of the Square Dance Hall of Fame.

To speak of Jerry, of course, is to speak of the Helts as a couple, for Jerry has proven over the years that square dancing is a couple activity. Therefore, as we salute Jerry we also salute his wife Kathy, very much a part of all these accomplishments, both as an inspiration and as a working member of home club and the away-from-home activities. And so, to Kathy and to Jerry, our congratulations and a hearty welcome to the Square Dance Hall of Fame.