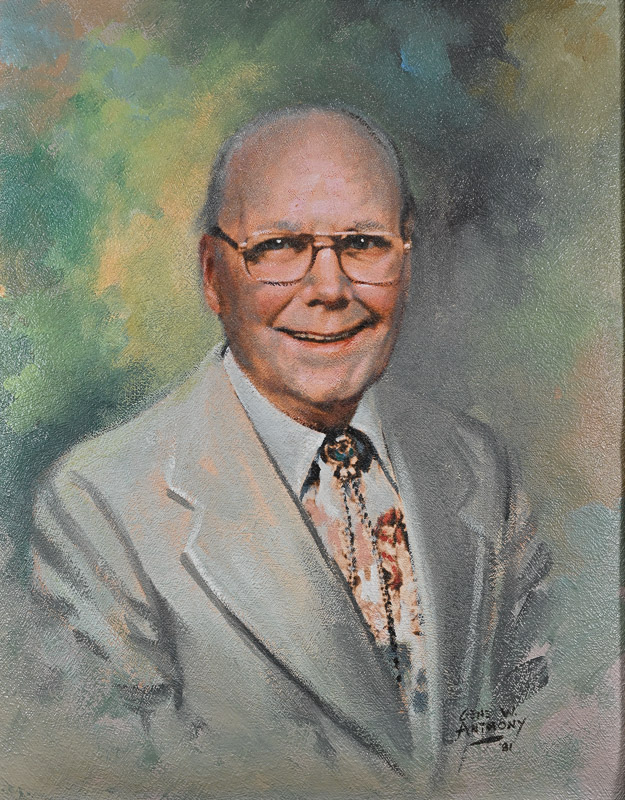 Charlie Baldwin
There are few individuals in the world of square dancing who have devoted more time and energy to the activity than the person we are now honoring. Taking an active leadership role in the New England area during the past four decades, the name Charlie Baldwin has been indelibly inscribed in the dance history of that area and in the minds of many hundreds of dancers.

As one of the founders and the editor of one of the largest area square dance publications in the world today, Charlie and the New England Caller both played a significant role in the growth of square dancing in the northeast corner of the United States. As a caller and teacher since the 1940s, Charlie still picks up the microphone and dancers are just as pleased with his calling today as they were in the past.

Charlie has played an important role in New England square dance organization with the dancer groups as well as with the callers organization. During the 1970s, he shared in the formation of Legacy, the international square dance communications group, and even before that, he formed one of the three links in the square dance trouble line known as the Listening Post.

Charlie always emphasized the importance of square dancing as a “couple-activity” and, as if to prove his point, he was seldom without his lifetime companion, his late wife, Bertha. In 1976 at one of the New England observances of America’s Bicentennial, Charlie and Bertha were honored with the coveted Silver Spur for their work in the advancement of square dancing. In Miami Beach in 1980, Charlie received Callerlab’s highest honor – the Milestone Award – for all his many contributions to the growth of square dancing.

In recognition, therefore, of all that he has done over the many years, of his dedication to the activity, of his devotion to the New England Caller and of his love of his fellow New England square dancers, the American Square Dance Society takes pride in welcoming Charlie as its most recent member in the Square Dance Hall of Fame. His oil painting now hangs with those of other illustrious individuals in the Sets in Order Hall in Los Angeles, California.