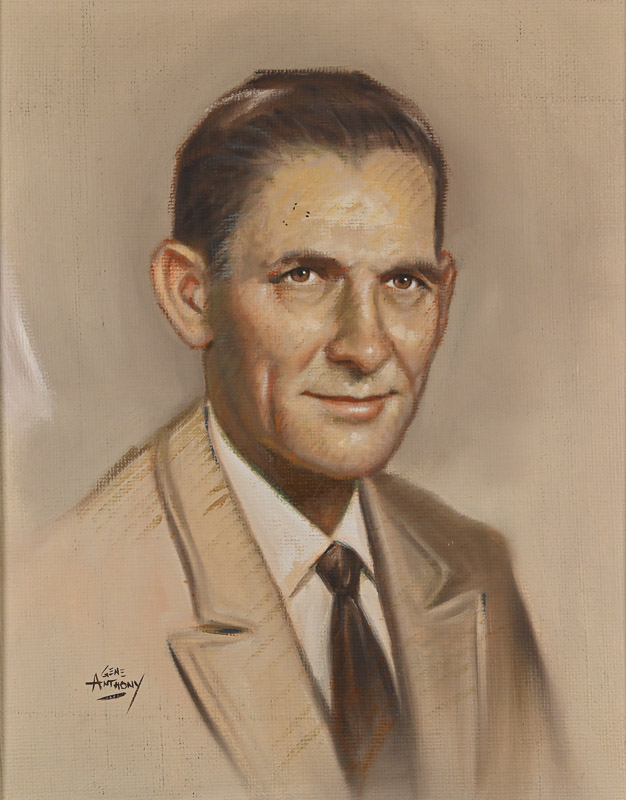 Ed Gilmore
We first remember Ed Gilmore when he was running a paint store in Yucaipa, a suburb of Los Angeles, and calling and teaching square dances at night in and around Riverside and Redlands. This was back in the late 1940s. Long since the paint store has been forgotten and Ed has become one of the most influential and significant figures in the contemporary square dance scene. Nobody in today’s square dance picture has worked harder at placing square dancing in its proper perspective than has Ed.

One of the first callers to hit the travel circuit, he set out on a crusade to help develop a strong and permanent activity. With his motto, “Comfortable dancing in the proper spirit,” Ed has given lasting square dance pleasure to square dancers in virtually every state and Canadian province. Continually in demand by leaders’ groups, he has contributed his own brand of homespun wit and wisdom in spots that have developed into strong, healthy square dance communities.

Contributor of many well-timed classic square dances, author of articles on the subject, advisor in many of the nation’s top square dance areas and for many of the leading square dancing events (his was the inspiration behind the first National Square Dance Convention in 1952), featured caller on square dance recordings (SIO, Balance – his own label – and Decca) and inspiration to blossoming callers across the land, Ed has been truly a guiding hand during this past decade.

Ed has the ability to express the true feelings of square dancing. As a result many of his quotes have been used in square dance manuals and textbooks. Here for instance is an oft-quoted Gilmore definition: “A good dancer is one who dances automatically. He hears a command, translates the command into action, executes the figure without actually being conscious of having done the figure. This automatic reaction can only be achieved with practice, practice, practice.”

Eleven months out of the year will find Ed and Drusilla, his wife, living out of suitcases and traveling from one end of the country to the other. The good Ed has done and continues to do will indeed be reflected in the strength of future square dancing in coming years. We feel privileged to dedicate our cover and this issue to him.