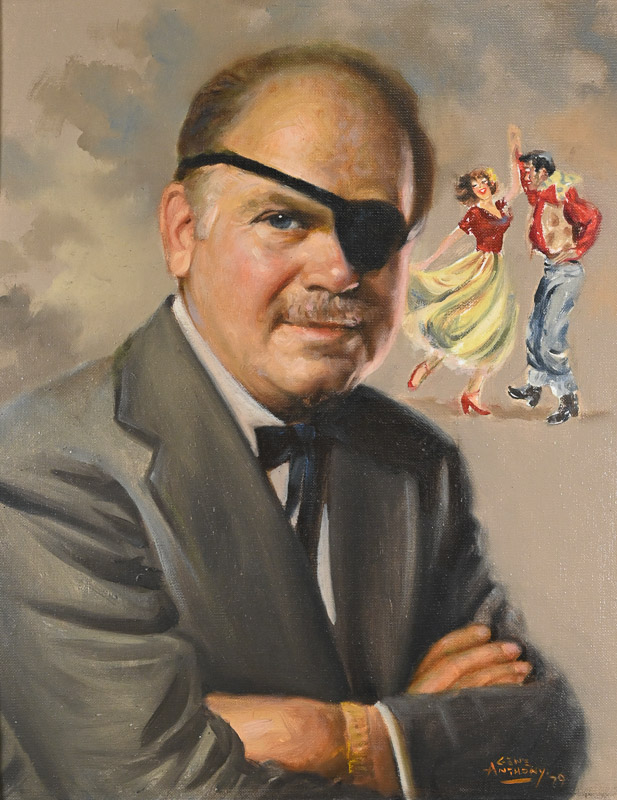 Bob Osgood
Bob Osgood started calling in 1938 while a college student in Southern California, and continued teaching and calling during WWII in the Navy whenever the opportunity presented itself. In 1947, Bob attended Lloyd Shaw’s callers course in Colorado Springs, and immediately started an active local program in the Los Angeles area.

In the fall of 1948, Bob started Sets in Order magazine and went into square dancing full time, soon adding a record label and a retail shop for dancers and callers. (The magazine changed its name to Square Dancing in 1968 and continued through December, 1985 – a total of 444 issues, all personally overseen by Osgood.)

In the late 1940s and early 1950s Bob became one of the first traveling callers. During this time, he produced and hosted four television series, and worked on three major motion pictures with stars that included Elizabeth Taylor, Judy Garland, Gene Kelly, Dean Martin, Jerry Lewis and Rock Hudson.

In 1951 Bob established one of the first ongoing square dance vacation institutes at Asilomar, in Northern California, and helped set up a similar institute in Banff, Alberta, Canada. He was a staff member of other institutes throughout the country.

In 1953 Bob was invited by Standard Oil of New Jersey to teach square dancing to their employees in Aruba. In 1957, he was sent by the U.S. Air Force on an 11-week tour of bases in Europe and North Africa to introduce square dancing to military families and to train callers. For more than 20 years starting in 1961, Bob and his wife Becky organized vacation tours for dancers, visiting more than 50 countries.

With an eye to the future, Bob created the American Square Dance Society under the auspices of his magazine. The Society took over the sponsorship of the Square Dance Hall of Fame and the Silver Spur Awards, recognizing individuals’ meritorious service to square dancing. The Society also presented caller-school scholarships to budding callers throughout the world.

In the 1960s Bob helped organize several leadership seminars, hoping to establish a permanent callers’ organization. In 1971 his dream came true with the formation of Callerlab; Bob served as its first Executive Secretary and later as Board Chairman.

Bob produced many recordings for Capitol and his own Sets in Order label. He wrote, compiled and published more than 20 texts, manuals and handbooks, including the many editions of the Basic Movements of Square Dancing Handbook.