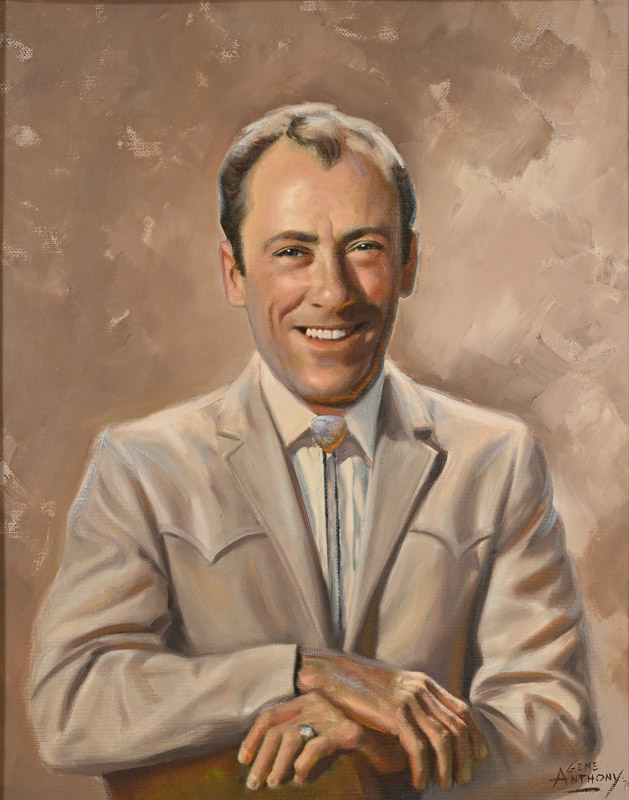 Marshall Flippo
The year was 1951 and our hero, recently released from Uncle Sam’s Navy, became entranced with square dancing, particularly with calling. A caller-friend in Abilene who had a room filled with records, public address equipment and wire recorder, attracted daily visits from Marshall until the Texas twang eventually adjusted itself to the square dance cadence. And from this sprouted a new and different style and a caller eventually to be known around the world – Marshall Flippo.

“Flip” as he is known by tens of thousands of square dance admirers throughout the United States and Canada, and in many countries overseas where his Blue Star records have been enjoyed for more than a decade, is one of our busiest callers. “He is not just a great caller,” said one of his admirers to us recently, “he is one heck of a fine person, as well.” This seems to sum up the feeling of so many who have enjoyed his calling over the years.

Baseball player – shortstop during his navy years for a team in the Pacific and also in semi-pro leagues – Flip is also an accomplished roller skater. With all of this behind him, his life today is centered around his wife, Neeca, his young son, John, his six months out of every year at Kirkwood Lodge and his almost six months of travel from one coast to the other. Flip is one busy boy. It is with pleasure that we add his name to the Sets in Order American Square Dance Society Hall of Fame and present the Gene Anthony original oil portrait of Marshall Flippo on our cover.

Marshall Flippo – Pass Through and Around Two