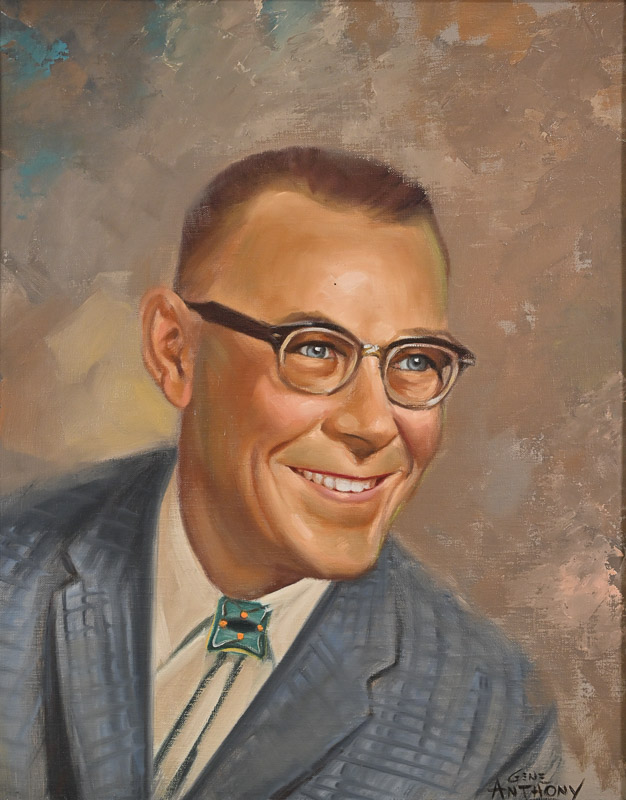 Earl Johnston
The day of the square dance “specialist” may well be at hand, but still there are those who have reached the peaks in square dance calling who feel that a caller’s versatility is one of his strongest assets. Our Cover Caller this month, Earl Johnston, Vernon, Connecticut, is an outstanding example of a triple threat man in the field of square dance leadership. His home club and class program comes first, and for the greatest part of the year you’ll find Earl and his wife Marion completely involved in their several clubs, in classes, and in the activities of their area callers and teachers association. Then, when the summer rolls around, the Johnstons move into phase two – travel calling. For many years the Johnston touch has insured delightfully successful dances across the United States, into Canada, Germany, England, France, etc. Phase three as Earl might describe it is the “frosting on the cake.” The extras, such as making outstanding records on Grenn label. To say the least, when all three phases are coupled together they add up to an exceptionally busy existence.

Putting back into square dancing a share of what he has derived, Earl spends much of his time in training new callers and assisting with the improvement program of others. Large numbers of aspiring callers attend his yearly sessions in the East, and these past few years his training ability has been felt as far as the West Coast. Because of the inspiration he has passed on to other callers, because of the unselfish time and efforts he has devoted to the dancer and caller activities in his home area, and because of his more than 20 years of activity in square dancing, the Sets in Order American Square Dance Society takes pride in welcoming him to the Square Dance Hall of Fame and adds the Gene Anthony portrait shown on the cover to the gallery of square dance “stars.”