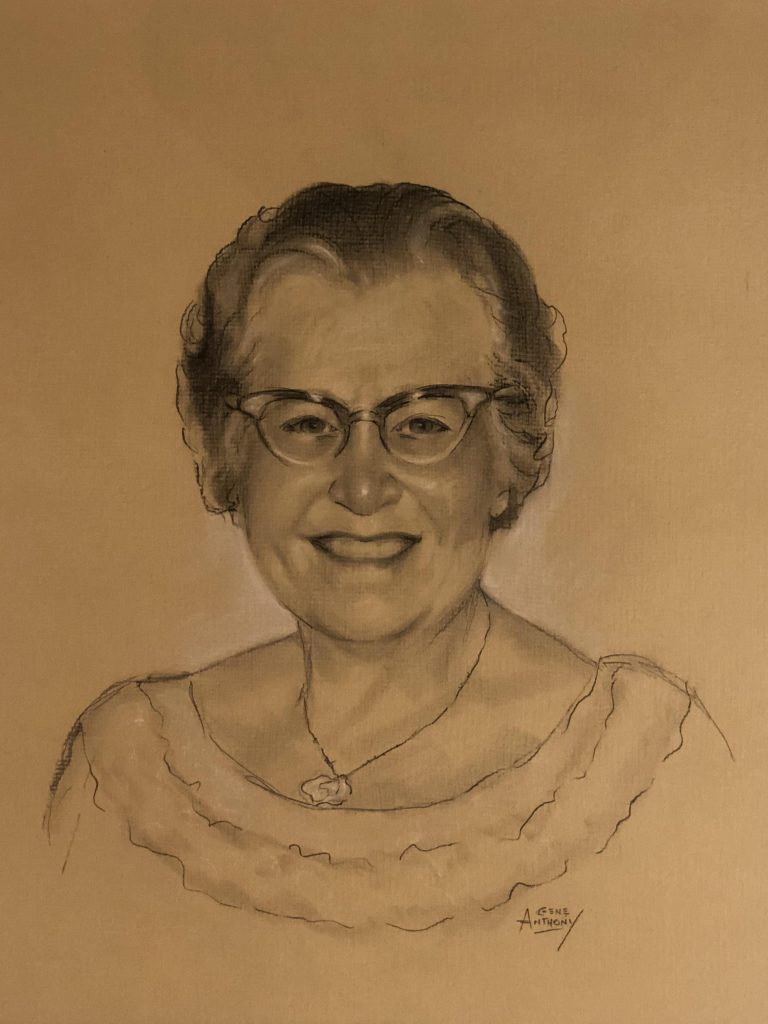 Dorothy Stott Shaw
This, the first Sets in Order of a sparkling new year, is dedicated to one of the loveliest and most inspiring members of the square dance family we know: Dorothy Stott Shaw. Her picture on our cover, her words of greeting on page three, seem a fitting introduction to a year that promises much for all who are members of this marvelous fraternity.

Over the years we’ve spotlighted callers and leaders from many parts of the world, but during the next 12 months that will become 1961 we plan to bring you a little closer to some of the wonderful men and women who have added a bit of themselves to make square dancing the pleasurable activity it is today.

It seems so right to start with Dorothy.

Back, not too many years ago, young Dorothy Stott was a pre-med student at Colorado College in Colorado Springs. A native of that state she had much earlier made up her independent mind to be a doctor. And a doctor she most likely would have been except for one of those series of circumstances that often enter in and change the lives of all of us at some time.

Seated in the auditorium during a college show she found herself becoming increasingly interested in the tall, good-looking young man portraying the part of a magician. Leaving the stage during one of the acts he went out into the audience in search of an accomplice and from the entire student body picked Dorothy. From that minute on she found herself more and more a part of the world of Lloyd Shaw. Somewhere along the line the desire to become a lady doctor faded away and instead her ambitions were the ambitions of this young man.

A few months after graduating from college the two were married and Lloyd started teaching school with Dorothy an interested partner in all his activities.

In the late 1920s Dorothy saw her first square dance. It was a part of the Old Seed Show held in the Springs each year and a character known as Ted was the caller. As she looks back on it now Ted was pretty awful but at the time she was quite impressed and felt that he was about the best there was – anywhere. She remembered too that the dance they did was the old Eight Hands Over with the girls leaving the ground as the whirling square picked up momentum. Square dancing was wonderful, she said, and as the years went on she and Lloyd joined several groups that did the old time dance. She remembers ending each evening at the Friendly Club with the old Waltz Quadrille, four times through for each couple, sixteen times in all. It seemed to go on and on but it was invariably the highlight of the evening. Then there was their friend, the coalman, who carried on his trade during the daytime, and without bothering to wash the coal dust from his face or hands would join the dancers in the evening. He couldn’t waltz a step, she remembers, but he dearly loved it, and for one entire year Dorothy danced the Waltz Quadrille every week with him as her partner.

In the 30s the Shaws were active in the Swing Club, an early forerunner of the hundreds and thousands of square dance clubs that would dot this nation some 30 years later. They had live music (whoever heard of usable square dance records in those days?) , and the program was made up of such couple dances as schottisches, polkas and waltzes. The squares were the single visiting varieties that were traditionally done in the identical manner every time they were called. Dorothy particularly remembers the caller that dropped in one night and called: “First couple bow and swing – lead right out to the left of the ring,” and how everyone stopped and said, “You can’t go out to the left.” And he said, “I called Left and you’re going to go to the Left!” And they wouldn’t. So he picked up his coat and went home.

About this time Lloyd Shaw was principal and superintendent of the small Cheyenne Mountain School in the Broadmoor Park section of Colorado Springs. He had written what was to become the leading text on American Square Dance (Cowboy Dances – Caxton Press) and he was about to embark on a project that would take the two of them – and a troupe of his upper-grade pupils whom he had trained as dancers – into almost every section of the country.

Square dancing was such a novelty. Folks everywhere had heard of it, associated it with what they called barn dancing and had been more than pleasantly surprised at what they saw. Lowell Thomas and other well-known figures opened their homes and hearts to the Shaws and their kids. The Saturday Evening Post did a colorfully illustrated story on them and everywhere they went people would say, “That isn’t corny; that looks like fun; let’s try it.” And as they traveled the new square dance movement grew. Stopped a bit by the war the tours started up again in 1946 and continued for several wonderful years.

On all of these trips Dorothy was “Mamma” to the kids, helping them keep schedules, keeping track of a costume here, a portfolio of music there. She sat up all night on more than one occasion with some sick youngster and was the perfect caller’s wife, seeing “Pappy” through many trying experiences.

There was the time when Moppy Smith had a temperature of 106° and the time the bus hit an icy crust of pavement and tipped over, spilling young dancers, unhurt but frightened, across the countryside and the time Tommy was drowned in the surf while the group was heading towards an engagement in California. These were the tragedies – “You always remember the things that are very sad or very funny” – but through all of these chapters Dorothy added her courage and patience to the growing legend.

Dorothy is a poetess. Certainly you can sense that from her articles. But we remember back in 1947 and in the summers that followed when so many of us from all parts of the country used to gather around the Shaws and how Pappy would turn to his wife suddenly and without warning and say, “Recite the one you wrote about the train or about Pike’s Peak.” And Dorothy would always come through in that wonderfully inspiring, enthusiastic way of hers and paint some pictures in words for us all to enjoy. Like Pappy, she is always planning to write a book of verse and we still hope that some day she will.

When Pappy passed away two years ago the two of them had been planning a pageant to be presented at the 8th National Square Dance Convention in Denver. Knowing it was what he would have wished her to do, Dorothy carried on and from her great energies grew a magnificent cavalcade of the American Square Dance. Hundreds of dancers from the very places where the traditions had been born came “to help Dorothy.” Perhaps no lesser person would have attempted such an undertaking but she was so sure it was right and so confident of its success that she was able to work tirelessly in its preparation.

Perhaps our greatest single moment of admiration for Dorothy came that Friday morning in Denver when dozens of groups converged in the auditorium, costumed and ready to perform. Though there had been no combined rehearsal for all of these dancers, who had never met one another before this day, the two performances of the pageant were outstanding in every respect. As the last of the dancers left the floor we went up to Dorothy filled with amazement and asked, “Aren’t you surprised how all of those loose pieces fitted into place and how smoothly it all blended together?”

“No,” she said, in that slow and definite way of hers. “I’m not surprised. This is just exactly the way I imagined it would look.”

That is Dorothy Shaw. If you haven’t met her personally, we hope that may be your privilege one day.

These two files, each about 15 minutes, were recorded at a meeting of the Lloyd Shaw Fellowship on August 10, 1971. This was the second day of that gathering. Dorothy Shaw, Part 1