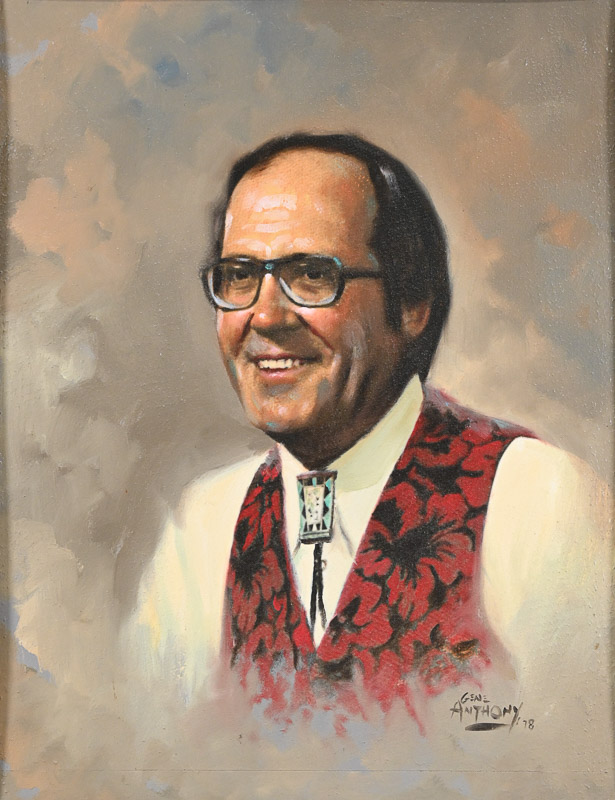 Jim Mayo
The Hall of Fame, which was originated a number of years ago to honor those who have provided top leadership to the broad scope of American square dancing, this month adds the oil portrait of Jim Mayo of Lexington, Massachusetts. Those who have known Jim recognize him as an outstanding caller and teacher. The callers themselves look upon Jim as a leader among leaders. Over the years countless numbers have attended callers’ schools, clinics, or workshops conducted by Jim. All have been impressed by his depth of knowledge, by his availability to those who seek assistance, and by those who have come to him for leadership training.

Jim started his dancing in 1947. His days of calling started a few years later and although today Jim has become familiar to dancers and callers across the country, he is looked upon by his fondest supporters as a “home club” man, a caller who has not only taught the newcomers, but has kept them happily dancing over many years.

A charter member of Callerlab, the international association of square dance callers, Jim became its first Chairman in 1975 and after having served two years in this capacity, remained as a member of its Executive Committee and Board of Governors.

Mayo has written articles for this and other square dance publications. He has recorded his calling on a number of occasions and at present is involved in developing a program using a limited number of basics aimed at those seeking this plateau. Jim has recently remarried and his new wife, JoAnn, is a dancer of many years’ experience who will be an active part of this team. And so it is this month that we salute Jim and JoAnn for all that they have contributed to this activity and offer a warm well done.

Jim Mayo – Dew on the Mountain